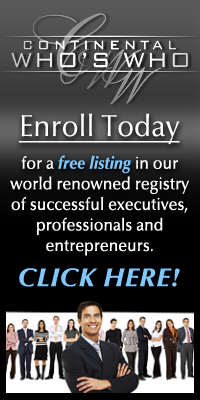 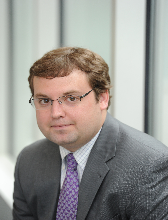 Union, NJ  William H. Miller, CFRE is being recognized by Continental Whos Who as a Top Distinguished Professional in the philanthropic industry and for his outstanding service to the non-profit space.

Having led the Kean University Foundation to its best year of fundraising, Mr. Miller is a highly accomplished fund development executive with 20 years of professional experience working with non-profit organizations. Passionate about working with nonprofit organizations, he has assisted regional, national, and international organizations with major gift initiatives, annual giving programs, planning and feasibility studies, development audits and philanthropic capability assessments, endowment programs, board training and development, corporate and foundation relations, prospect research, and campaign management. Throughout his distinguished career, he is proud to have been involved with fundraising projects that have raised more than $1,000,000,000.

In light of his academic achievements, Mr. Miller completed his undergraduate studies at Randolph-Macon College with a Bachelors degree in English. To further his professional development, he has since then completed numerous management development and grant-writing educational programs. With a commitment to excellence, he is one of only 7,000 to have earned the designation of Certified Fundraising Executive and is currently pursuing his Certification in Planned Giving from Crescendo's Gift College.

Prior to his current position, Mr. Miller flourished in many leadership roles including the Regional Chief Development Officer for the American Red Cross. In that role, he was responsible for fund development activities to sustain and expand programs and services in the state of New Jersey, which secured over $36,000,000 in philanthropic contributions and was a record-breaking year for the region. Additionally, he served as the Chief Development Officer for the Catholic Charities of the Archdiocese of New York, where he focused on individual, major, and planned gifts, as well as Board support for a $100,000,000 Centennial Campaign.

Combined with his previous fundraising roles, Mr. Miller has gained 13 years of experience working as a resident consultant with a number of clients in different nonprofit sectors. From 2012 to 2014, he served as the Executive Director for the Catholic Diocese of Pittsburgh's $125,000,000 capital and endowment campaign, which has received more than $233,000,000 in philanthropic commitments and was, at the time, the most successful diocesan-wide fundraising initiative on record. During his career as a consultant, Mr. Miller also managed an international campaign for a nonprofit organization based in Paris, France, which involved the management and solicitation of prospective donors and volunteers on two continents.

As a testament to his professional excellence, Mr. Miller has taught a class on fundraising at Duquesne University and also started an internship program with Carnegie-Mellon University students interested in fund development and non-profit management. In 2016, Miller was named a 40 under 40 rising star in the New York nonprofit community. In 2018, he was recognized as a 40 under 40 by NJBIZ.

For those pursuing working with nonprofit organizations, Mr. Miller advises to be passionate. Foundation leaders need to play all of the different roles required of a senior executive  leader, steward, fundraiser, ambassador, and friend. He or she should be as comfortable and engaging speaking to a group of 500 people as he or she is speaking privately with a prospective donor. Additionally, he explains that this person must be kind, and possess the compassion required and expected in the non-profit space. Most importantly, he or she must be passionate and able to instill that passion in others.

Mr. Miller dedicates this honorable recognition to all of his wonderful friends, family, and colleagues that have helped him along the way. He also recognizes his mentors, William Hanrahan, as well as Tom Kissane. Additionally, he also gives special thanks to the following: Jeff, Donna, Zeke, and Paige Miller.

Return To Top of Page
Continental Who’s Who Executive Publishing